This interactive map shows the locations of different types of coral reefs around the world. Shallow bottom waters (above 200m) are represented with white. Blue color represents waters with more than 200m depth. Other colors represent different types of Coral Reefs. For more detail zoom in. For more data hover over the map. For more information scroll down.

What are Coral Reefs

Coral Reefs are ecosystems composed of hard skeletal structures of colonial marine invertebrates called Corals. Corals are small immobile animals related to jellyfish. Their main structure is a polyp. Polyps have tentacles that can catch small organisms to feed

The hard skeleton of corals is the result of polyps absorbing calcium carbonate from the ocean and solidifying it into a hard structure for support. If you look at a coral only a thin layer on top is alive. The rest is the skeleton, which may be decades old.

Shallow water corals that live on warm waters (like those shown on this map) have another source of food. They have zooxanthellae, which are single celled algae. These algae produce food through photosynthesis.

The animal part of corals provide nutrients and a home to the algae. The algae provide food to its host. These algae provide some of the color you see on corals.

The relationship between corals and their zooxanthellae is one of many examples of symbiosis, where different species live together and help each other.

Polyps are very small, about 1 inch in diameter, but because these are colonial animals, they form much larger sizes. Coral Reefs are made of many colonies. The largest one is the Great Barrier Reef. This is such a large reef it is visible from space.

Corals take a long time to grow. Most grow less than an inch per year. Reefs themselves grow even more slowly. Individual colonies can often live decades to centuries.

We know the age of corals, because they lay an annual ring just like trees do. These rings can also tell us the environmental conditions in which the coral lived decades ago. The Great Barrier Reef as it exists today began growing about 20,000 years ago. Source: Smithsonian.

Not all corals on the reef are stony corals. Corals have an incredible array of shapes and colors. In fact, there are hundreds of different species of corals.

Each species is adapted to different environments and food resources. But without getting into details, they can be classified into 3 major kinds.

Coral reefs cover less than 1% of the ocean floor. The following are some of the reasons they don't occupy a larger area of the sea floor.

Corals are found across ocean, in both shallow and deep waters. Reef-building corals are only found in tropical and subtropical waters. That means they grow 30 degrees North and -30 degrees South of the Equator as shown in this map.

The reason coral reefs stay in these latitudes is because the algae found in their tissues need light for photosynthesis, and they prefer water temperatures between 70-85°F (22-29°C).

Moreover, coral reefs are found in shallow waters with a maximum depth of 150m (492feet) depth. This is because sunlight for photosynthesis does not penetrate further in the water column.

As seen in the map, Coral Reefs are almost absent in the East Coasts of Africa and the Americas. This is due to upwelling and strong cold currents. Also because the continental shelf of the Western Coast of South America is steep, therefore there is very little shallow area for the corals to thrive.

There are deep-sea corals that thrive in cold, dark water at depths of up to 20,000 feet (6,000 m). Both stony corals and soft corals can be found in the deep sea. This corals do not have the same algae and do not need sunlight or warm water to survive. As mentioned before they do not form reefs and are not included in this map. 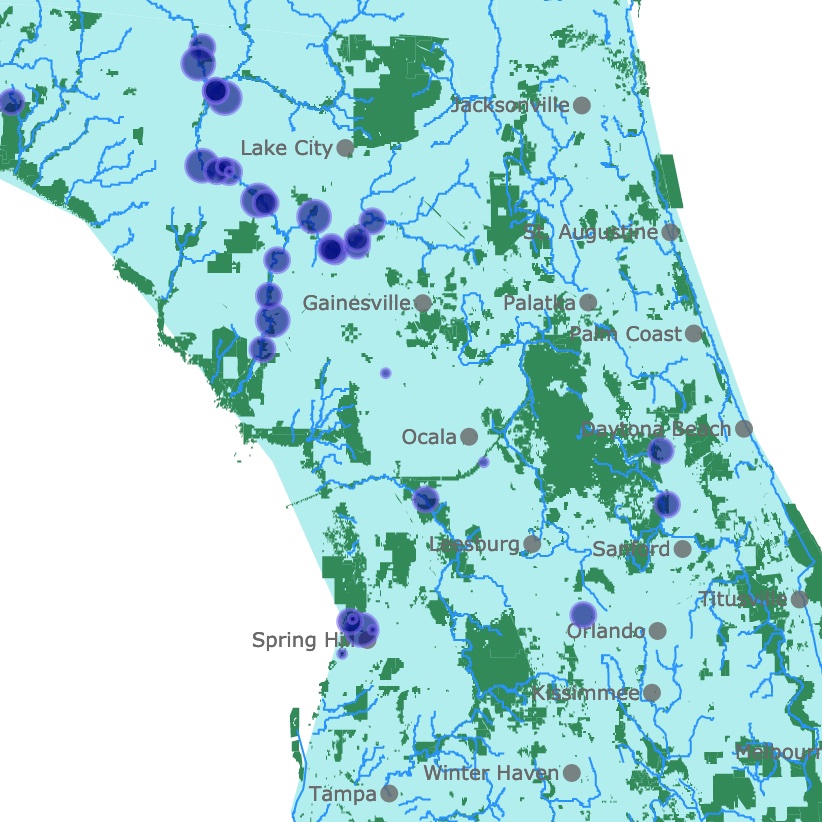 Reefs form when corals grow in shallow waters, close to the shore of continents or smaller islands. The location varies but there are similar features that help us classify coral reefs into 4 main categories. These categories are depicted with different colors in the map. This is a large dataset and not all reefs have been classified in it, therefore have the not classified category.

The majority of coral reefs are called fringe reefs because they fringe the coastline of a nearby landmass. These landmasses may be islands or continents. They are separated from the shore by narrow, shallow lagoons. Fringing reefs are the most common type of reef.

These coral reefs are also parallel the coastline but are separated by deeper, wider lagoons. At their shallowest point, they can reach the water’s surface forming a “barrier” to navigation. The Great Barrier Reef in Australia is the largest and most famous barrier reef in the world.

Atoll Reefs occur when a volcano gradually sinks after millions of years. The Corals keep growing on top of each other and sideways. Over time a lagoon forms between the volcanic island and the corals. This results in a barrier reef. When the volcano is completely submerged and only a ring of corals remains. This is called an Atoll. The force of the waves will eventually form sand that will pile in the atoll crating land. Many of the Marshall Islands, in the Pacific Ocean are atolls.

Patch reefs typically "are small, isolated reefs that grow up from the open bottom of an island platform or continental shelf. They usually occur between fringing reefs and barrier reefs. They vary greatly in size, and they rarely reach the surface of the water". Source: Coral.org. 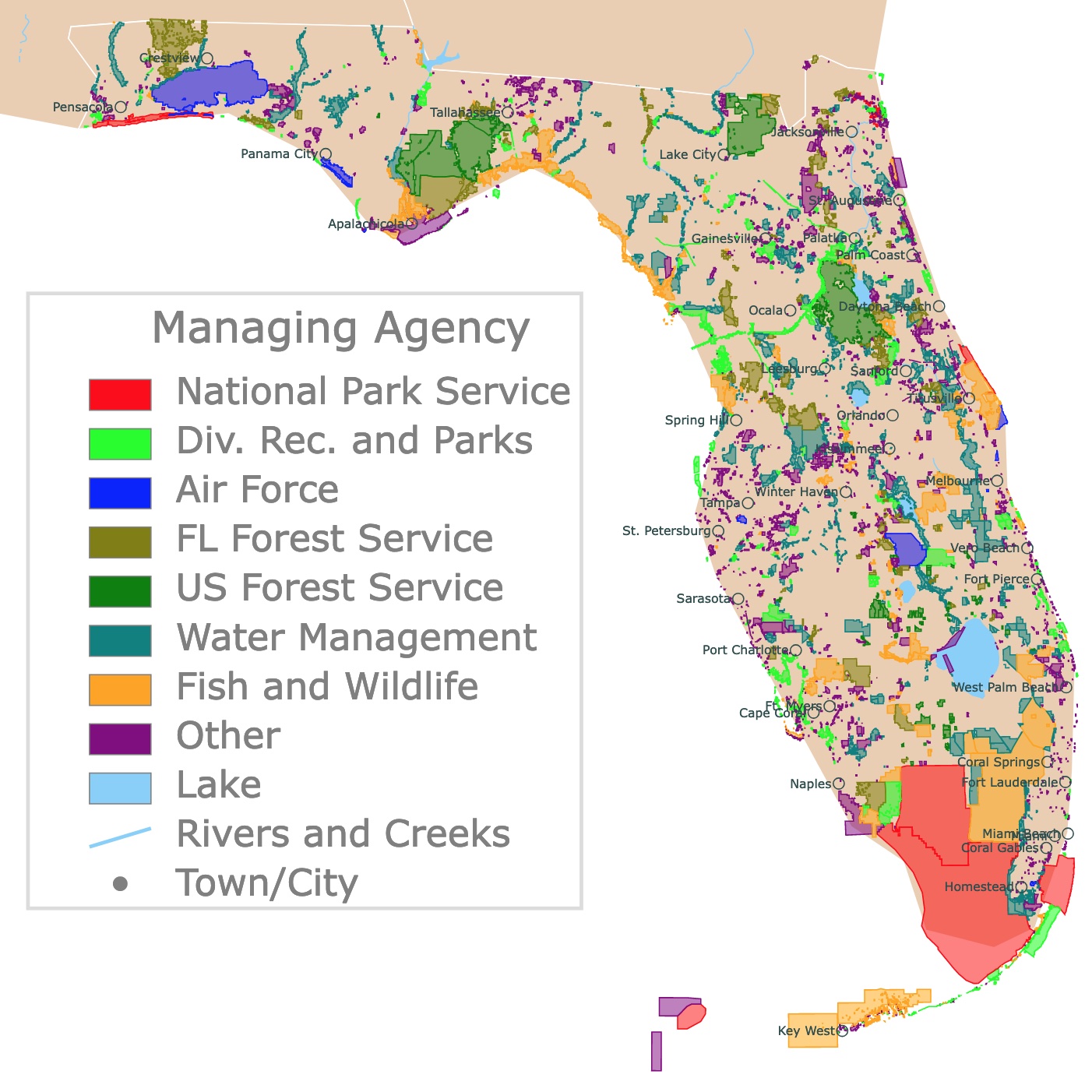 Interested in Natural Areas? Do you want to dive into Florida's Coral Reef? Check this map of Florida Parks first!

After the Great Barrier Reef many claim being the second largest. Some by area some by length some in miles others in kilometers. The numbers vary with the author and method. There are other reefs that could make the list but the data is not consistent. Here are the numbers by length.

The Great Barrier Reef is one of the most complex natural ecosystems in the world. It extends from shallow estuarine areas to deep oceanic waters, with an average depth of 35 meters in its inshore waters.

The reef’s health has been declining. The reef coverage has decreased 50% between 1985 and 2012 as a result of damage caused by coral bleaching, invasive species such as the crown-of-thorns starfish, and tropical cyclones.

The Red Sea Coral Reef is a biodiversity hotspot with a high degree of endemism.

The Red sea has a broad latitudinal temperature gradient, ranging from a maximum of 28°C in the northern tip of the Gulf of Aqaba to a maximum of 34°C in the Dahlak Archipelago in the south. This gradient is currently used to assess the effect of climate change on coral reefs Source: Science, Diplomacy, and the Red Sea’s Unique Coral Reef: It’s Time for Action in Frontiers in Marine Science.

New Caledonia's quarter of a million people depend on healthy ecosystems for their fresh water, food and livelihoods given the fact that this is an island territory. Source: Conservation.org

This reef is home to 500 fish species, 60 coral species, 350 mollusks and marine mammals, algae, and seagrasses.

The Mesoamerican Barrier Reef is also home to critically endangered species like the Hawksbill Turtle, saltwater crocodile, the largest population of manatees in the western Caribbean, and the largest aggregation of whale sharks in the world. Source Nature.org.

Florida's coral reef system most closely resembles a barrier reef; however, the reefs are closer to shore and they lack the shallow inshore lagoons found on most barrier reefs.

This reef has more than 45 species of stony corals and 35 species of octocorals. Each kind lives in a separate colony that is shaped differently. Marine sponges are also very important within the coral reef community, with more than 70 species, they can be found along the Florida Reef Tract.

Andros is home to a large variety of marine life, with over 164 species of fish and coral, making it one of the most popular locations in the country for divers and snorkelers.

It is also the only place in the world with more than one Nassau grouper aggregation. This reef also has other sea creatures, such as marlins, sailfish, stingrays, reef sharks, lobsters, turtles, moray eels, octopi, and game fish. Source: the Culture trip.

Coral reefs provide a habitat for a large variety of marine life. Some organisms that depend on reefs include sponges, oysters, clams, crabs, sea stars, lobster, sharks, worms, rays, sea urchins, and many species of fish.

Coral Reefs are so diverse they have been coined "the rainforests of the sea". They are so diverse important that a healthy coral reef may provide a habitat, a feeding ground, spawning habitat, and a nursery ground for over a million aquatic species, including commercially harvested fish species.

Because they provide habitat to commercially harvested fish species they are also main food source for people living in tropical countries, especially those on small islands.

Coral Reefs are also a magnet for recreation and tourism opportunities, such as fishing, scuba diving, and snorkeling. These activities contribute with billions of dollars to local economies.

The least known reason why corals are so important is that they act as a protection of coastal infrastructure and prevention of loss of life from storms, tsunamis, floods, and erosion.

Small communities have always used corals for medicinal purposes but recently more studies and resources are being used to research the use of corals as new medicines and treatment for diseases.

These services can be translated into economic worth. By one estimate, the total worth per year of the world’s coral reefs is $29.8 billion.

In the United States, the National Marine Fisheries Service estimates the annual commercial value of U.S. fisheries from coral reefs alone to be over $100 million annually.

There are more habitat maps. Check this one about bears!

There are 3 main threats to coral reefs. They are all a result of human development.

The absorption of CO2 decreases water pH and results in ocean acidification.

The increasing acidification of the ocean inhibits the coral's ability to retain the calcium carbonate for its exoskeleton.

As human population grows so have grown the crop fields and livestock. Both have increased the amount of fertilizers and manure added to soils. When these nutrient rich waters reach the ocean, it results in an excess growth of plants and algae that blocks the sunlight of Coral Reefs.

Water pollution also includes pesticides, gasoline, oil that are going to kill or damage the corals.

There is also silt and sediment from eroded landscapes due to human development and presence. This sediment, once it reaches the ocean it will also block sunlight for the corals.

Another global treat is global warming. Coral polyps expel the zooxanthellae they depend on for food. Once the zooxanthellae are gone, the white exoskeleton is visible and the coral dies. This is referred to as coral bleaching. Source: https://www.livescience.com/40276-coral-reefs.html

Destructive fishing practices are not global but localized threats to coral reefs. The use of cyanide to stun fish, the use of explosives to kill fish and the use of trawlers to fish kill and destroy coral reefs.

The shapefiles to create this map were downloaded from UNEP.

The shapefiles for countries, islands, and 200m depth were downloaded from NaturalEarth.com 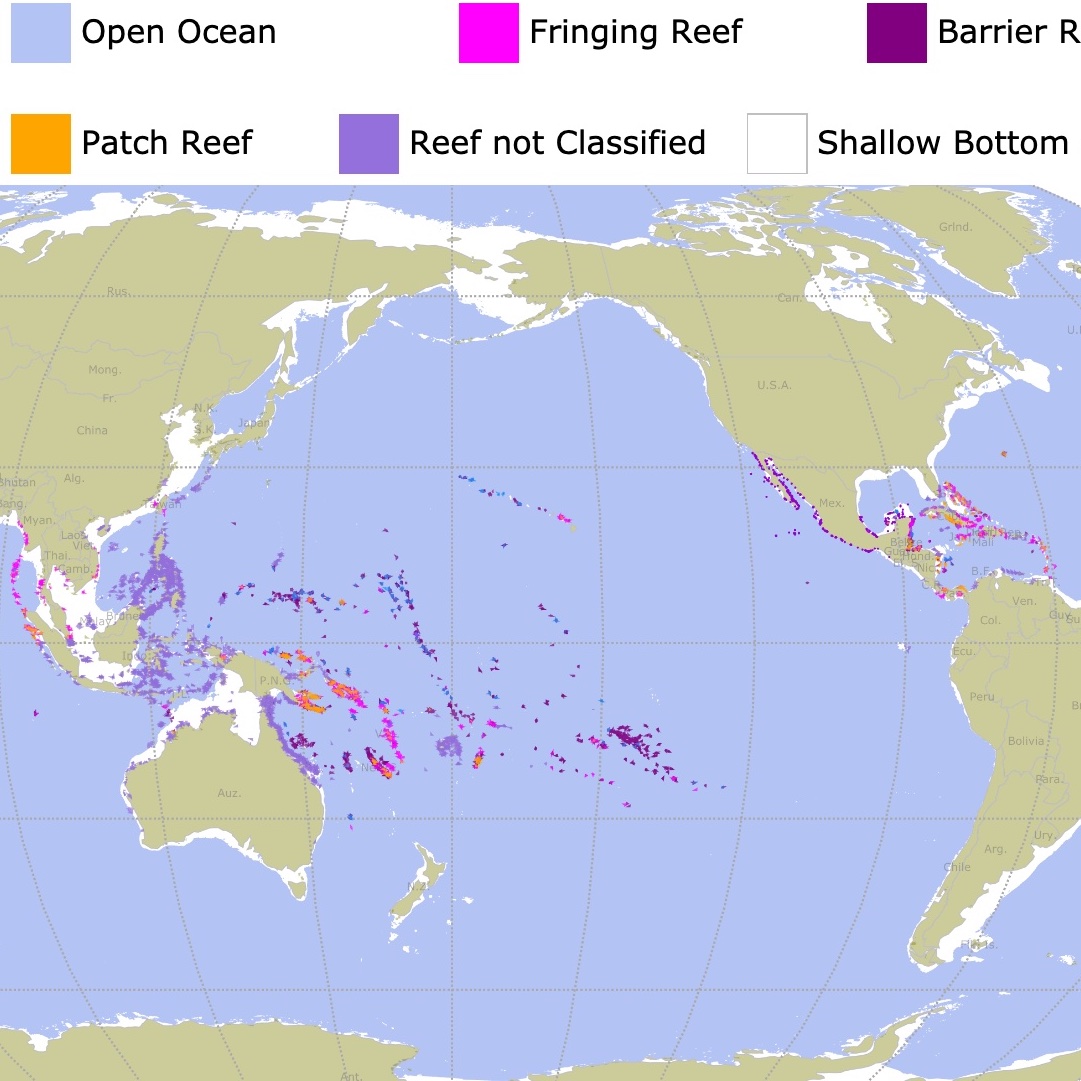